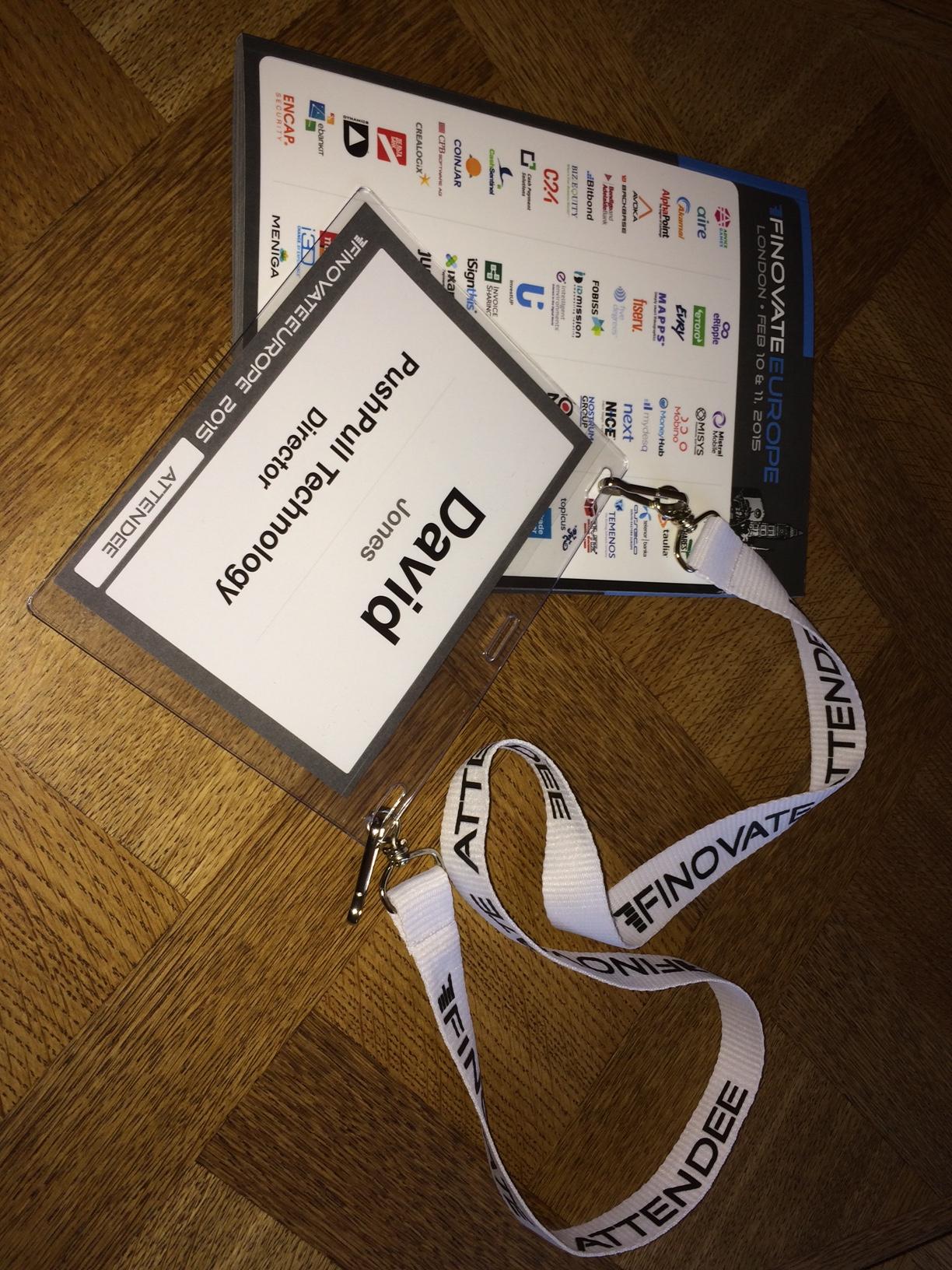 As ipushpull is at least loosely a Fintech company, it seemed appropriate for me and my co-founder to head to Finovate Europe 2015  this week, when it rolled into London for its annual European bash. The ticket prices almost put us off, but a quick google threw up some discount vouchers which made them seem marginally easier to swallow. So on Tuesday and Wednesday, uncomfortably suited and booted, we pitched up at Old Billingsgate market to check out the competition.

Finovate Europe’s uniqueness lies in its demo-only format. Each of the presenting companies has seven minutes to peddle their wares to an audience of (mostly) big bank employees, without recourse to explicit sales pitches or Powerpoint. The presenters’ responses to this challenge range from cheesy improvs to wooden website run-throughs, but there were a number of gems on display.

So who stood out?

I loved the data visualisations from Misys and Strands Finance, who both took a genuinely innovative approach to simplify and enrich personal finance data.Five Degrees demonstrated their middle office platform, which seemed to let you build your own bank using a drag-and-drop interface. And Avoka showed how the customer experience should be implemented with their incredible frictionless loan application demo, which deservedly won them the best-in-show award. Who knew a loan application could be so gripping? Time to start saving up for some consultancy, I think.

Also memorable was Quisk, with their marriage of mobile and EPOS infrastructure to create a cardless payments system, who surely won the award for the greatest mismatch between the apparent frivolous company name and the deadly seriousness of the proposition. And the not-sure-it’ll-work-in-the-UK award goes to Tivitz, a platform for kids to save money for university by getting their grannies to sponsor them to play (admittedly educational) video games.

Was it worth it to be part of Finovate Europe 2015?

For ipushpull, I think Finovate came too soon. Our fabulous product is not quite mature enough for this event, but maybe next year… If only there was a platform for the ‘ones to watch’?

This set me thinking. Each year I visit the Frieze Art Fair in Regents Park, which brings together the world’s top art galleries and the most active collectors. For the bulk of us punters, it’s a brief chance to rub shoulders with the celebrities of the art world. But in the twelve years since it started, a number of simultaneous satellite fairs have sprung up to showcase up-and-coming talents while the big guns are visiting. So why can’t we do this with technology? The start-ups are here. The audience is in town. So who’s up for a Finovate Fringe festival?