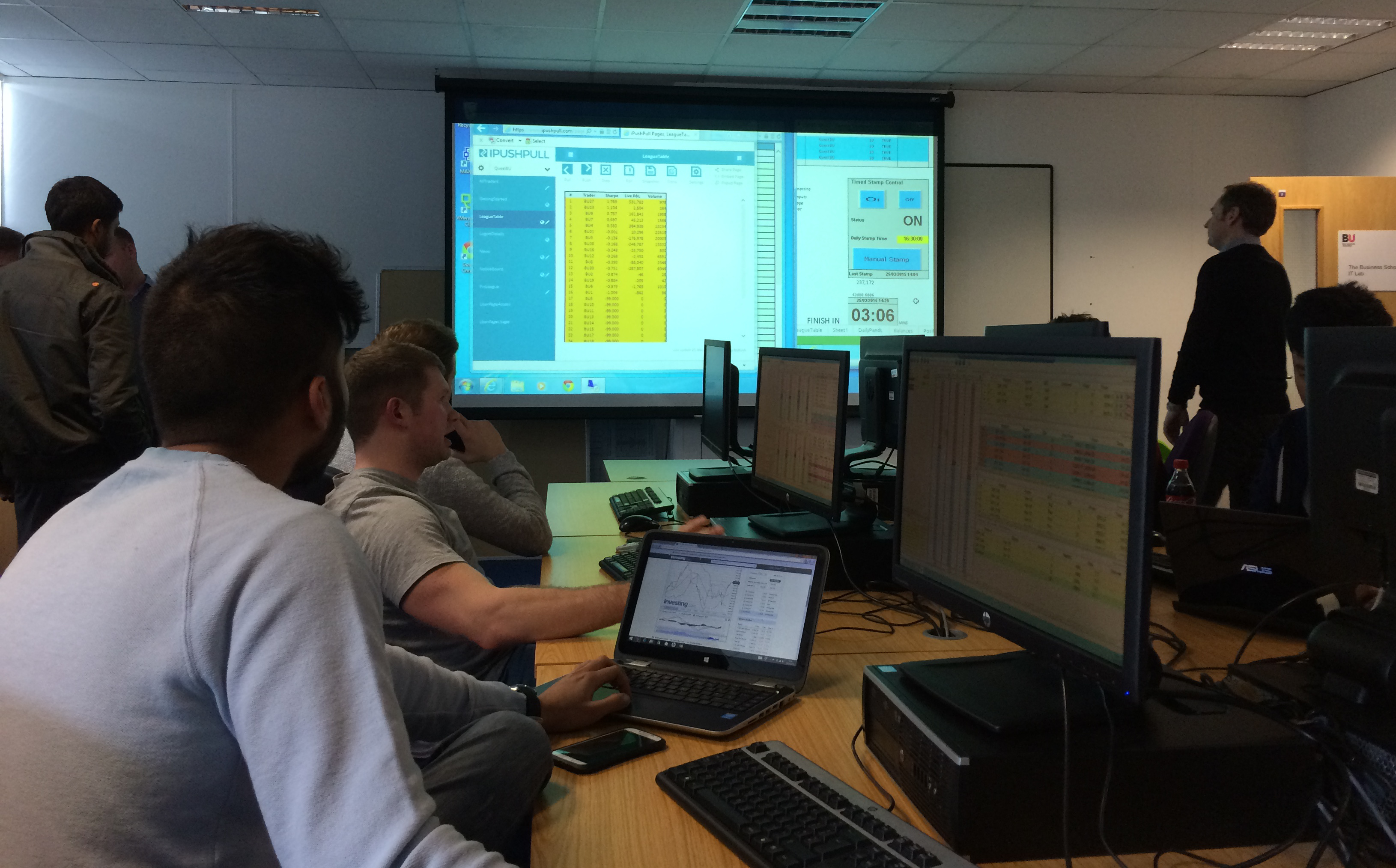 Last week the ipushpull founders took a day trip to the seaside for the climax of the Bournemouth University trading competition.

Students from the University Business School have spent the last three months competing against each other to make the biggest pot of virtual money while trying to stick to prudent trading strategies. The competition has been organised by our friends at Quest Futures and has used ipushpull’s live data distribution platform to give the participants real-time access to their latest portfolio valuations on their mobile phones.

So, on a bright and breezy day, we found ourselves crammed into a darkened room for a final hour of frenetic trading. The competitors were really engaged – discussing market events and strategies, and also trying to game the competition rules!

It was great to see ipushpull being used as such an integral part of the competition. At one end of the room, a giant screen displayed the live leaderboard on an ipushpull page. And because the university IT budget doesn’t stretch to the multiple screens found in professional trading rooms, many of the students were using iPushPull on their mobile phones as a second screen to keep an eye on their current portfolio valuations.

At the end of a hectic final session, the overall winner was Abdul Odhud, who made a highly-creditable paper profit £162,100 in the three months from January, with a Sharpe ratio of 0.79 – indicating that he had followed relatively low-risk trading strategies. Matthew Haynes from Quest Futures presented Abdul with the £500 prize, which he told us he was going to use to repay a car loan rather than squander in the student union bar!

The competition has been a great experience for ipushpull as well and we’ve had some really useful feedback about the system. We’re already looking forward to the next competition when the new students arrive in the Autumn.