End-to-end encryption for all Whatsapp messages …but not for spreadsheets!

Hot on the heels from the security fob off from Apple to the US government, WhatsApp is updating its messenger app with strong encryption so that every text and voice call will be highly protected for their 1 billion+ users.

After starting the process in 2014, Facebook owned Whatsapp have fully completed their roll out of Signal Protocol to all of their app users. Developed by Open Whisper Systems, the open source code was made famous by US whistleblower and privacy advocate Edward Snowden. 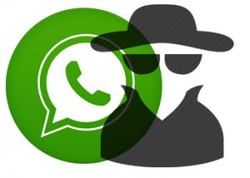 What does end-to-end encryption mean?

In a nutshell, end-to-end encryption means only the sender and receiver can view a message and no content or information is visible on Whatsapp’s servers without encryption keys, something which Whatsapp does not store, also commonly known as zero-knowledge. Messages are encrypted before they leave a users device which means that if the US government demanded to see users communications, Whatsapp would be unable to provide it due to the encryption and Whatsapp does not store the key to decrypt it.

Secure your spreadsheets with end-to-end encryption

As security is paramount in today’s world iPushPull built its content sharing platform with end-to-end encryption since its inception.

By using iPushPull you can use end-to-end encryption for all of your important spreadsheets that contain sensitive and confidential information. iPushPull already offers server and client-side encryption, providing end-to-end security for your documents and data. In addition, our patent-pending access control will add further layers of security, making iPushPull significantly more secure than the vast majority of commonly-used file and data sharing platforms. iPushPull enables granular levels of security and access on a cell by bell basis within a spreadsheet. Please register for a free trial to find out more.

Try ipushpull for yourself!

Get in touch Get started