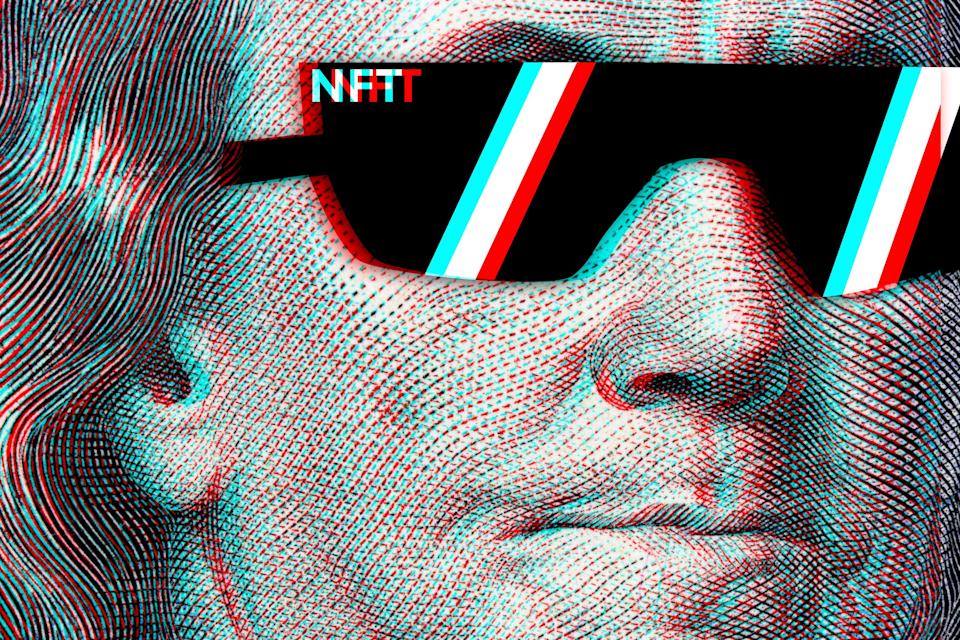 Web3 and NFTs…exploring financial services use cases aka, getting beyond the digital art hype!

To understand the importance of Web3 it’s helpful to give it some historical context.

Web1 occurred in the 90s, essentially the beginning of the internet, with largely static pages of information but with cripplingly slow dial-up internet speeds this had limited application in real life. This was the 'Read-Only' era. Then from the early to mid-2000s until now, we’ve been living in the web2 era, characterised by centralised tech and social media companies dictating our use of the internet, and defining how and what we interact with. This is the 'Read-Write' era. Finally, we have entered web3, at its core, is blockchain, cryptocurrencies and NFTs to give power back to users in the form of ownership. This is the 'Read-Write-Own' era. Before web3, users and builders had to choose between the limited functionality of web1 or the corporate, centralised model of web2. Web3 offers a new way that combines the best of both. It’s still very early with little traditional finance (aka TradFi) engagement which means it's a great time to be an early innovator. 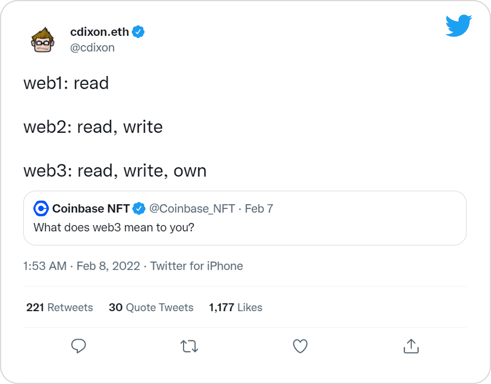 So what is web3? Instead of large swathes of the internet controlled and owned by centralised entities, ownership is distributed amongst its builders and users. Everyone has equal access to participate in web3, it uses cryptocurrency for spending and sending money online instead of relying on the outdated infrastructure of banks and payment processors. It operates using incentives and economic mechanisms instead of relying on trusted third parties. For any sort of decentralised communication, commerce, or collaboration of any type, there is also a requirement for a reliable, persistent identity providing a single login across all platforms.

Where did NFTs come from?

Back in October 2008, the pseudonymous author Satoshi Nakamoto wrote the seminal whitepaper about Bitcoin. It's no coincidence that this was released one month after Lehman's collapsed in September 2008. Then in 2014, Vitalik Buterin founded Ethereum. One of the main differences to Bitcoin is that Ethereum is programmable, and thus the smart contract was born. At this point tokens were fungible. Fungible means you can swap out one thing for another, or it’s mutually interchangeable, like a £10 note for example. In 2018, William Entriken put forward an improvement proposal and the ERC721 token – or non-fungible token - was born. The infamous game 'Crypto Kitties' was the genesis of NFTs.

In DeFi (Decentralised Finance), there have been substantial losses from the fallout of uncollateralised stablecoins and highly leveraged crypto trading firms which look eerily similar to the 2008 credit crunch. However, DEX's (Decentralised Exchanges) like Uniswap have weathered the storm. Uniswap is the largest DEX where anyone can show up with a wallet and trade any pair of tokens against each other, permissionlessly, without going through a central party or moving through a central order book. Uniswap announced last month that it had passed $1 trillion in volume in just three years. So it's an exciting area for TradFi observers to follow.

In NFTs, the product-market fit has been limited to digital art and collectables. However, real world use cases are now emerging around authenticity and uniqueness, for example, real estate transactions, medical records, academic credentials, event tickets and supply chains. But if you look beyond the initial digital art wave there are clear new business models emerging.

Here are three NFT use cases that are worth considering for financial market applications:

Crypto billionaire Sam Bankman Fried was a former high-frequency trader at Jane Street. He made his fortune as a crypto arbitrage trader and later went on to found FTX one of the world's leading crypto platforms. He has also collaborated with high trading firms and market makers to create the Pyth network, a market data price feed based on the Solana blockchain. Price contributors and market makers earn tokens when publishing prices within certain price bands while users can subscribe to the price feed for free.

Protocols such as The Ocean Protocol create an NFT based on data and then provides access rights via fractionalizing ownership through tokens. This approach could be used to provision access to any financial market data allowing verifiable data lineage, provenance and permissioning.

Some 80% of OTC pre-trade negotiation is data that is lost through manual chat, voice or email. Instead, this 'trail of breadcrumbs' could be stamped on-chain with an NFT created at the initiation of an RFQ with a unique identifier, so that each part of a negotiation is recorded, ensuring the entire trade lifecycle is on-chain and queryable to token holders who participate in the negotiation as well as an optional public-facing view of the data.

These are three use cases ipushpull is actively involved in.

Recently, I presented at The Global NFT Summit in London where I spoke alongside NFT prodigy Benyamin Ahmed about web3 data and analytics and financial market use cases of NFTs. Ben and I have also spoken about NFT use cases at the monthly town hall of Parameta, TP ICAPs data and analytics division. 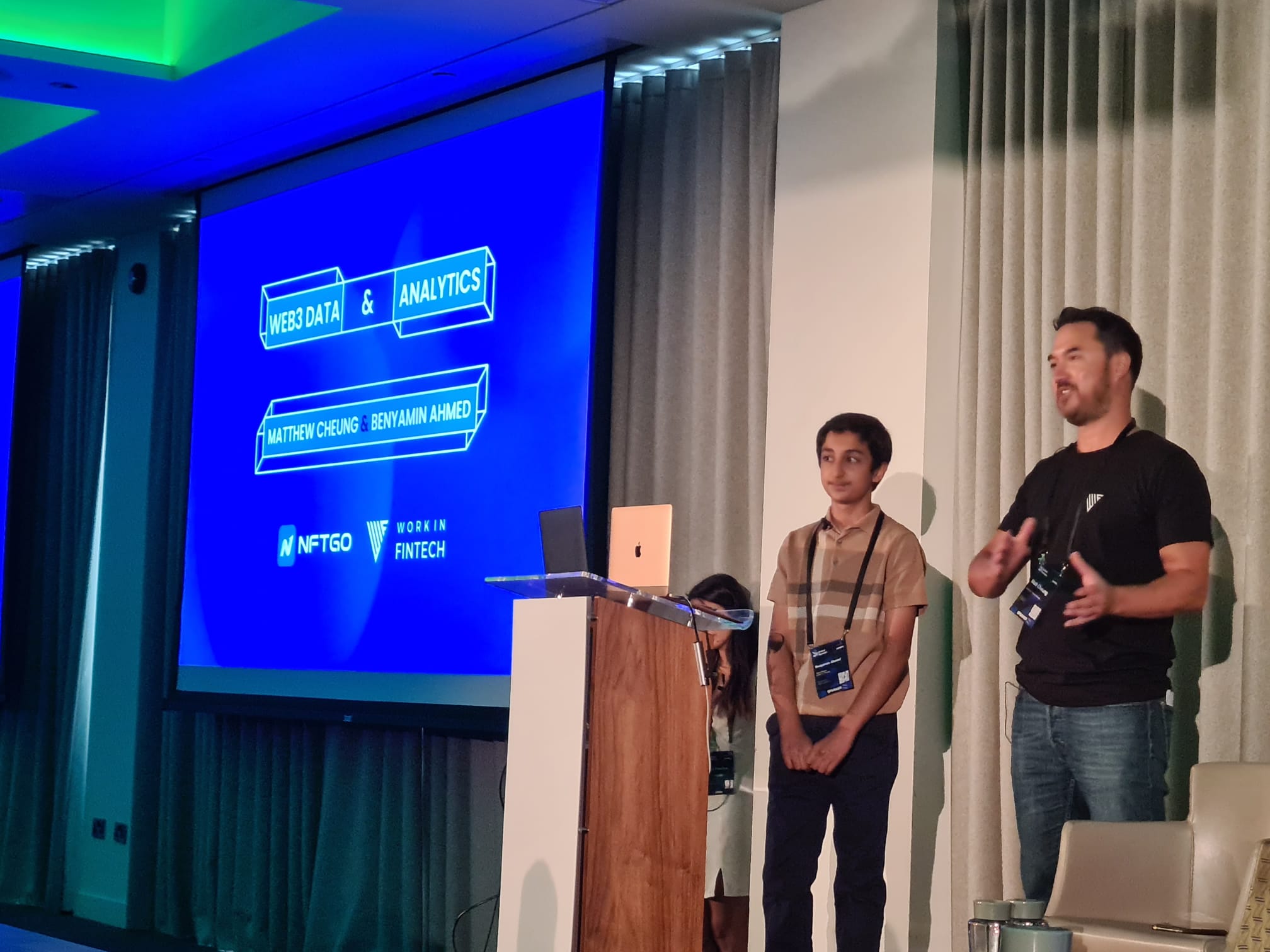 To finish off, TradFi should take note of the rise and rise of crypto and blockchain where revenue dwarfs their traditional finance counterparts. For example, crypto exchange Binance revenues last year were $14.6bln, versus $3-5bln for CME/Deutsche Borse.

It’s just the beginning of the web3 era, but there are already tangible signs of the advances and benefits this will have for the financial services industry.

ipushpull is investing in this area for the long term.

If you want to learn more about future use cases of NFTs, blockchain and the metaverse then sign up for my 'Future of NFTs' newsletter.

If you're interested in the financial market use cases discussed, then please drop me a line!