End User Computing applications are incredibly powerful tools that have pervaded most marketplaces and enterprises. They provide a strong benefit in allowing users to directly create, manipulate, and propagate data – however, the ease of altering or transferring possibly sensitive content has given rise to a large area of risk. This risk is addressed in many rulings and regulations, but its impact is not just an increase in the possibility of being audited.

One example of high-use EUC applications is spreadsheets. Due to their high concentration, we don’t realise the importance that EUC applications can have in supporting major business operations. There are many origins of EUC risk and iPushPull has found a way to reduce some of the major causes.

Excel is an impressive and highly capable tool that is, unfortunately, run by error-prone humans. The risk that arises from the actual software is minimal, the risk that can arise from human error is hard to mitigate. Errors can arise in the raw data used, either through missing or incomplete entries, outdated numbers and expanded or duplicated data.

Once the data has been generated, the source spreadsheet is frequently sent downstream and further propagated through email attachments and various desktop locations. Frequently shared spreadsheets can result in data loss if there is incorrect version control, if someone forwards the wrong file, if the content is duplicated, or if it is lost. Since humans are humans and therefore not perfect, an ideal solution should passively monitor and track the involvement of employees in critical spreadsheets. 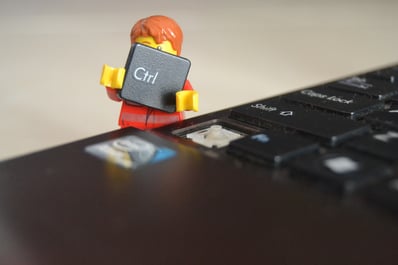 There are some significant End User Computing application loss events that iPushPull can mitigate. Primarily, reducing multiple working documents down to one source page that an admin can control user access to. By inviting individual users, an admin can control the downstream use of data. This ensures that it is being used and distributed for its intended purpose thereby minimising intentional misuse for fraudulent reasons.

By establishing a live push or a live pull to a source spreadsheet, the risk of failing to update data is significantly reduced. A user can always choose to use the manual Push function, but the Live Push can be enabled in the background to make sure the source spreadsheet is automatically updating with live data.

Firms have difficulty assigning ownership to data, especially when it is produced upstream and then used or propagated downstream by other employees or even other departments. The iPushPull platform uses data pages that are hosted in folders that belong to a singular admin. There is audited access control that allows admins to generate reports on which users made which changes. Specific range access can also be enabled to allow users to read, edit, or not have access to certain data ranges within a spreadsheet.

The same access control features are available when your content is shared externally with clients or partners. Since the data page is kept securely as an iPushPull live web page, there is no loss of control when sharing it outside of your company. For company best practice, it is critical to maintain control over content even when it is sent beyond an organisation's oversight.

The beauty of EUC applications lies in their ease of use and versatility, and at the core of ipushpull is an easy-to-integrate system that is secure, access-controlled, and encrypted end-to-end. Sign up here.